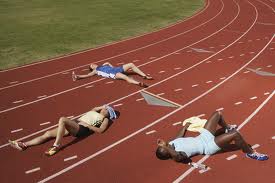 Did you ever wonder about why we put anyone above ourselves? Why would one human being ever be better than any other human being when every single one is different? If none were different, which is clearly not the case but say for arguments sake that none were, then the same goes, we can’t place anyone above anyone else.

I’m beginning to learn now that the more we actually allow ourselves to be who we are, the less likely we’d want any sort of praise, because if someone is praising you, they are not really seeing you and so who are they praising?

What I mean is the type of praise that is intended to give the person who compliments others a validation of some sort. I know I’ve done this, usually when I’m feeling like I’m invisible to a degree, when I feel unnoticed and so what better way then to get me out of that than to get attention from someone I believe has some degree of note. The higher the better.

You know you see people from time to time doing everything in their power to please a person of some perceived social influence, just to be recognized and even if they’re ignored for their efforts or even discarded, the impulse is always to crawl back for more and more and more.. It’s as if it’s an emotional addiction of some sort driving the whole thing. That’s probably because it is.

But the problem with all this is we start becoming selective of people, we start rating others by their merit of being able to serve our addiction. Those who have the highest potential of meeting our addiction, will be on the top of our social ladder and you see with all of us doing this, it is we ourselves that create this whole mess of social inequality and my friends it’s all based on the illusion that one person is better than another, which is clearly an inaccurate premise.

Oh well, the games we play – So, we’ve even called that sort if thing a world wide event, the Olympics!