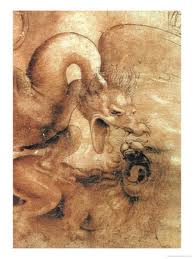 One day a little girl named Hala was walking home from school. Today she decided that she would go a different way home. Today, she decided she was going on an adventure. She turned off the road she was walking home into a path that went deep into the forest. On her way she saw many beautiful flowers with all the colours of the rainbow and she saw butterflies and plants with really big droopy leaves. Suddenly a little white rabbit hopped away right in front of her. She began to chase it down the hill, through some bushes and right to the edge of a steep drop. Suddenly she lost her balance, slipping on the small rocks on the edge, she tumbled down.

When she reached the bottom, she looked around. The cliffs around her looked so high and she could see no way to climb out. She also had a really sore foot from the fall and began to limp as she walked to find a way out. Not so far from where she stood, she saw a cave hidden behind more of those plants with the big droopy leaves. Hala really liked caves, so she limped herself a little closer until she heard a big roar. She stopped and started shaking as she felt very afraid. After a short time she heard nothing and soon felt just a little more courage to take another step forward and for a while there she waited.

There was no roar, just the sounds of cicadas and birds singing in the trees. She took another tiny and quiet step closer, then another step and another closer again. Suddenly the roar came back and this time it was really, really loud. It was so loud that she fell to the ground and covered her ears. She got such a fright this time that she shook first in terror, then was whimpering with eyes watering up with tears. After some time, again it was silent.

After crying for a while, her foot suddenly felt much better and she just didn’t feel anywhere near as afraid anymore. She stood up from where she was and looked straight into the cave. Right at that moment the sun fell a little lower, enough to shine directly into the cave and enough to see two big sparkling golden eyes staring right back at her. She looked deeply into those eyes and could see that whosever eyes they were; they belonged to a creature just as scared as she was. So knowing that, she walked carefully to the mouth of the cave.

Standing now in front of the cave she saw what type of creature it was. It was a dragon and Hala, although she had never seen one in real life before, really loved dragons. However, this dragon was not exactly like the dragons she’d seen in books or on TV. This dragon was smaller, it’s skin paler, thin and smooth, its tongue was black, its wings were grey and its eyes golden. This dragon didn’t look scary; rather it looked tired, perhaps it was old thought Hala; or perhaps it was sick. She began to stroke its back, softly and tenderly. The dragon turned to her blinking its golden eyes. She rested her head just below the dragon’s neck and softly cuddled the dragon as best she could, because the dragon, even though it was a small dragon was still much bigger than her.

The dragon stood up a little and shook its body, flapped its wings and made a cloud of dust rise up almost covering the whole inside of the cave. Hala sneezed loudly. The dragon turned and licked its wings then for a moment looked back at her. She understood then why the dragon looked at her, there was something wrong with the dragon’s left wing and that’s what the dragon wanted to show her. She looked at the wing and saw it was broken; it was so badly broken that she was sure the dragon couldn’t fly and most likely hadn’t flown for a really long time. Hala went to the wing and kissed it, just like mummy and daddy did whenever and wherever she hurt herself. She kissed the dragon’s wing again and said to the dragon softly: “Don’t worry my dragon friend, you are beautiful”.

The dragon stood very still and looked right at Hala. For a long time it just stared at her. Then a tear fell to the ground and not any ordinary tear but a tear that seem to sparkle as it fell, shining with the colours of a rainbow. After that tear, another one came then another until the dragon cried so much that it was lying in a puddle of its own tears, a puddle that shined with its own light that seemed to get brighter and brighter. At that point a soft stream of light from outside of the cave touched the the dragon and then made all its tears shine even more brighter than before.

Soon the cave was illuminated with the brightest of colours, colours Hala had never even seen before. It became so bright that Hala could only just make out the outline of the dragon that stood right before her. Suddenly, she noticed the dragon stand and grow has it took a deep breath. Its breath seemed to draw all the colourful lights back towards it and all of a sudden the lights, the colours and the pool of water were all gone. In front of her now was a different looking dragon.

It was the same dragon with the same big golden eyes, but it had grown larger and its skin sparkled as if thousands of crystals glimmered on its back. The dragon walked just outside the cave, stood on its two now strong legs and stretched its wings out as wide as it could. The wings looked completely healed and seemed to be so much larger than before too. No longer were its wings grey and dull either but transparent as if they were made of glass. Hala could even see the sun shining through them.

The dragon suddenly let out a huge stream of blue fire that looked like it went all the way to the clouds above. It then lay down as low as it could. It looked at Hala and then motioned its head for her climb on its back. Hala then looked at the dragon’s eyes and saw her own reflection looking back at her with a very big Hala smile. Straight away she jumped on the dragon’s back and held on tight and with one big leap into the air, she and the dragon where flying high in the sky heading home.